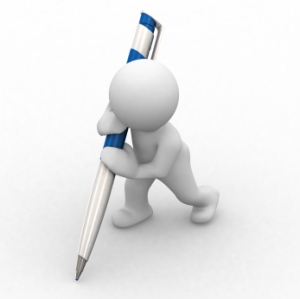 I have recently come to realise something. If you decide you will write every day, no matter what, and you give yourself no excuses and no quarter, even a champion procrastinator like me can get at least three lines out per day.

Now, you might say three lines are nothing. But you’d be wrong. At least according to some famous author I read years ago who did the math and figured out that if you wrote three lines a day for a year, you’d have a 50,000 word novel at the end. Or a 60,000 novel. Doesn’t matter. What matters is, as my friend Bone says, there will have been PROGRESS.

This is actually a big deal for me, progress. Because I’ve been stopping and starting with long breaks between my writing for a couple of years now. Until I made this demand of myself last month, I had not written a word since late last year. Now I have two new scenes and I’m still going.

Yep, it was all just lack of will to follow through. I guess some authors are right. Maybe there is no such thing as writer’s block. Just writers who want to be blocked.

Either way, celebrate with me. I got a new scene finished and I edited my sequel a bit.

What have you accomplished lately that you’re really happy over?